Cool Tour offers you the possibility to listen the Choir  unique in its ability to immerse those fortunate enough to hear it in angelic melodies and serenity that endure saint place of frescoed Palais Lante, a very important roman family that has assembled different relevant cardinals : “L’Eau Vive” where you would be welcome by le “Travailleuses Missionnaires de l’Immaculée” that serve for you che vi accolgono e servono  as a gift of God The build remains until today  as a testimony of the spirit action on the human been as a miracle of love and divinity in a frescoed rooms, by Giovanni Francesco Romanelli, with scenes of roman mitology of enormous  value. You would be part of the charming  place with the food prepared in kitchen and dispose by french nuns.  After that, in an angelic evening we would  would move some meters until the frescoed 17th sec church of San Nicola dei Lorenesi near Piazza Navona to listen a concert of gregorian voices of  ” Sacri Montis Ensamble” , sponsored by the Culture Council of the Holy See for their angelic and straordinary voices.  Its repertoire includes pieces from the Middle Ages, including Popular Feast Gregorian chants, of religious and popular music, songs from the XII  century and Renaissance songs, from madrigals to the Cantos of the Vermeil Book of the Black Madonna of Montserrat in Catalonia, to give a few examples. The Choir it was the musical repertoire, and amount of choir elements, can be customized especially for you, or you can leave the choosing up to us. After the concert, you can share a drink  together with the singer and know more about their experience working in Sistine Chappel. All Wenesdays and mondays from 7 pm to 9.30 pm. 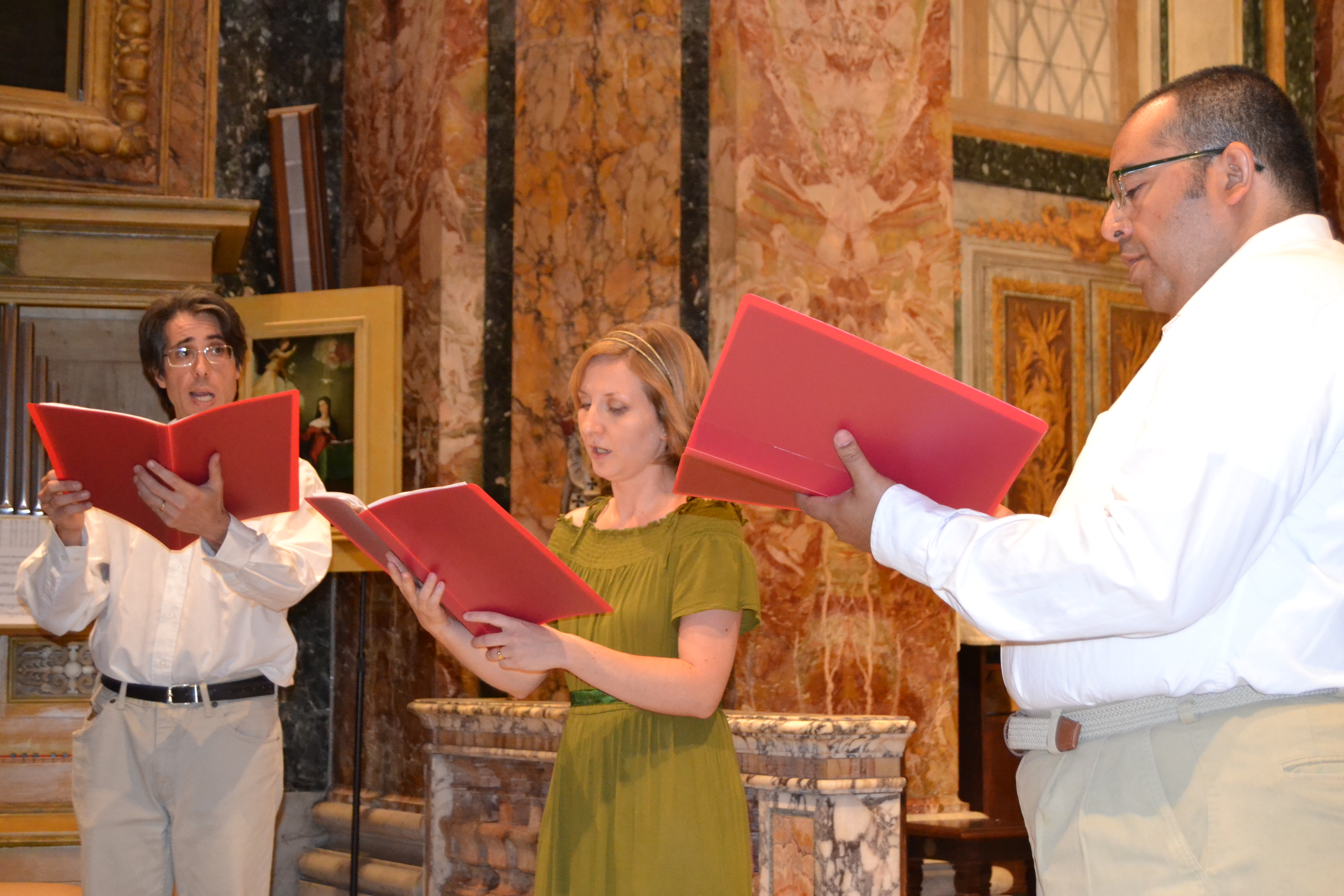 The reknowned Ensamble Sacri Montis is composed by the best singers from the Sistine and Saint Giulia Choirs, and its repertoire includes pieces that conform a meditation from the Middle Ages, including Gregorian chants, religious and popular music, songs from the XII  century and Renaissance songs, from madrigals to the Cantos of the Vermeil Book of the Black Madonna of Montserrat in Catalonia, to give a few examples.

Request info about this experience